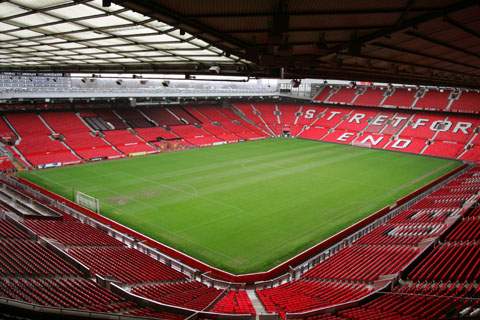 Seera Group, a leading travel and tourism services company, has been appointed as the exclusive ticket reseller for Manchester United support travel services in Saudi Arabia.

The agreement with Seera Group, the parent company of Sportsbreaks, Manchester United’s Official Supporter Travel Services Provider, will serve as the window for passionate football fans in Saudi Arabia to effortlessly purchase tickets for the most prestigious football matches and follow Manchester United, which has legions of fans in the region.

Seera Group’s appointment builds on the huge popularity of football in Saudi Arabia and the increasing importance placed by the Kingdom to promote sports, leisure and entertainment to support economic diversification and enhance the quality of life.

Manchester United matches will become easy to access for fans and followers in the Kingdom through the trusted and authorised ticketing services by Seera Group, paired with travel arrangements and packages to complete the offering.

Thanks to this deal, Manchester United fans and football lovers at large in KSA will be able to attend the matches through the smart and seamless travel booking solutions offered by Seera Group’s flagship omnichannel consumer travel brand Almosafer and corporate and government clients will get access to the offering through Seera’s Business Travel brand elaa.

On the strategic deal, Acting CEO Majed Alnefaie said: "Football is passionately followed by the young and old in Saudi Arabia just as the game is extremely popular across the region. As Seera Group, we have always been closely connected to the sport through club sponsorships, World Cup travel arrangements, as well as our support for the sports youth development in the Kingdom."

"Manchester United is one of the favorite teams of many, a connection that spans generations. Through our appointment as an exclusive reseller of Manchester United supporter travel services, we are bringing an industry-first to the Kingdom, whereby football fans can effortlessly access tickets for upcoming games, and also follow their favorite teams through the seamless travel solutions we offer," he added.

Manchester United COO Collette Roche said: "By working with the Seera Group we will be able to give our fans in Saudi Arabia the chance to visit Old Trafford and see Manchester United play."

"Not only will that offer an unforgettable experience but will also provide a simple and seamless travel service for football fans in the Kingdom," he added.